Georgeann Burns, Co-Editor, Capital Projects and Reform: Navigating Design and Delivery in an Era of Disruption

News media, trade journals and white papers are filled with dire stories of capital projects that did not meet schedule, budget and/or scope targets. In short, those projects failed. At the same time, productivity in the construction industry has decreased over the last 50 years – not improved – despite major technology advances.

Experts have suggested multiple factors as the cause of this dismal reality. But as two long-time members of the planning-design-construction industry, Robert Levine and I have identified multiple ways to avoid such poor project outcomes. In our latest book, we organize project failure cause and effect into the three major categories: owner caused problems, industry created problems and wicked problems. For each problem listed, we also discuss the impact and the solution.

The ball is in the owner’s court
Our premise is that all parties – the owner-architect-contractor (OAC) team – to a capital development project share the ability to create a successful project – despite the existence of seemingly unavoidable constraints (those are the wicked problems). We all know that the team also includes engineers, interior designers, planners, equipment planners, developers and a host of others, but the OAC is a convenient short-hand term to refer to those who make projects.

But we believe that the owner is in the prime position to affect whether a capital project will succeed or fail. We have gone on to identify what we believe are proven tools and methods that such an owner can use to assure project success and have termed them “evidence based constructionSM.” However, the term encompasses much more than construction. For us, it means the use of an integrated, technology-assisted supply chain model throughout planning-design-construction; it resists a price-centered culture and embraces one that is qualifications-based; and it makes use of the “best practices” information established by the planning-design-construction industry.

What are those tools and processes and best practices? Especially those that can be implemented by the owner? The majority of the tools and methods are not all truly new. They include: How and when to engage the project team. How to organize internally. How not to finance a project. Whether to hire a program manager. Whom to include in the planning process and when. How to contract with all the members of the project team. And, perhaps most importantly, how to select those team members.

Based on decades long experience, much of our advice runs counter to that frequently given to owners by those who favor the owner dominating the other members of the OAC – rather than functioning as a collaborative team member. Our focus is on how to create a team that is collaborative over the life of the project, a team that is invested in a successful outcome for all parties and a team whose members are fairly compensated for their efforts. As a result, one of our frequent admonitions is to use qualifications-based selection – not a process and criteria that are based solely on fees.

But owners can’t do it alone
For those in the planning-design-construction industry, we focus on how those team members can improve effectiveness and productivity. Citing the common explanation of the standard US rail dimension as being based on the width of the Roman chariot as an embodiment of “we’ve always done it that way,” we push back hard on the industry’s resistance to change and innovation.

Tom Leppert (former Dallas mayor and former CEO of the Turner Corporation) says in his foreword,

In our opinion, the most successful and productive industry members of the OAC – the planners, architects, engineers and constructors – all embrace these new technologies and processes: They use BIM and virtual reality. They apply lean principles. They employ lasers and drones. They use web- and cloud-based management programs and tools. And such companies incorporate these tools as standard ways of working – not as boutique add-ons available for an extra fee. Successful companies also favor clients who appreciate and demand such approaches. They also avoid those clients who focus only on fee or first costs.

We also decry the inappropriate use of value engineering (VE) and what we refer to as a punch list culture. In our opinion, the objective evaluation of alternative methods and materials – at the proper time – offers real opportunities for cost savings and/or improved performance. But using VE during contract documents or construction to balance an initially inadequate construction budget can lead to needless scope reduction, poor building system performance, maintenance issues, etc. The use of the punch list to mask incomplete work in order to appear to meet a schedule is misleading at best and fraudulent at worst.

But there are still those pesky un-solvables
When it comes to those wicked problems, we do not attempt to offer solutions on how to “fix” the weather or other unavoidable issues. Rather, we suggest concrete steps to mitigate the effects of the unchangeable. For example, researching weather patterns of precipitation, wind and temperature extremes should provide a basis for estimating actual available days for site and other exterior construction and for then including a time buffer in the schedule to account for the unexpected. The resulting schedule is a practical response to an immutable problem.

Ignoring the tough impediments to project success doesn’t make them go away. But acknowledging them and their potentially adverse impacts early in a project and developing appropriate counter measures can go a long way to ease their effects.

Build with certainty
When we first sought a publisher for this book, we were told that for some readers the observations about owner behaviors (the good, the bad and the counter-productive) were too harsh. That such comments would be offensive to members of the C-suite. We even attempted more than once to tone down the book in response to those critiques and assessments. But later we made the decision to stand by our original approach and content: to identify the major sources of project failure and then to offer ways to avoid or eliminate those failures – no matter what or who is the source of those causes.

Owners can control much more of their projects’ destiny than is commonly believed. Owners can build with certainty. Owners can do that by being well informed about the capital development process, by selecting team members committed to collaboration and by insisting on the use of effective processes and tools.

Georgeann Burns, who co-edited Capital Projects and Reform: Navigating Design and Delivery in an Era of Disruption with Robert Levine, has also devoted her career to healthcare projects. Her focus has been master planning, programming, detail planning and project management for multiple facility types and institutions, forming Health Facilities Planning Partners, LLC, in 2009. 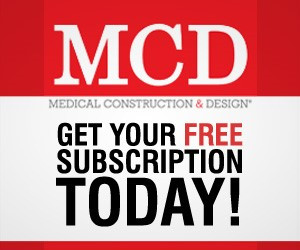