I’ve tailored my career experience to include roles as an architectural professional, a construction project engineer and a healthcare owner so that I could optimize my understanding of all aspects of healthcare design, construction and operations.

David J. Vitka has served Catholic Health System in Western New York as Vice President, Facility Planning, Design and Construction since 2002. Prior to joining the Catholic Health System, David was the Administrator of Facility Planning for KALEIDA Health and Project Manager at SSM Cardinal Glennon Children’s Hospital in St. Louis, Missouri. He obtained his architectural license in 1996. David received his architectural education at the Catholic University of America, Washington, D.C. (B.S. Arch, 1986) and at Washington University in St. Louis (M. Arch, 1992). He also received an M.B.A. in marketing and management at the University of Bridgeport in Connecticut (December, 1989).

I play guitar and I’ve jumped out of an airplane! 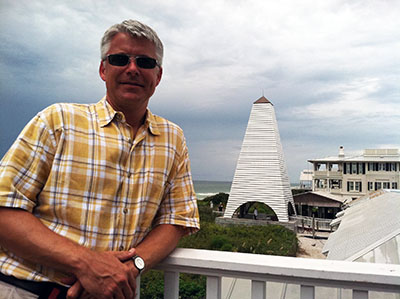